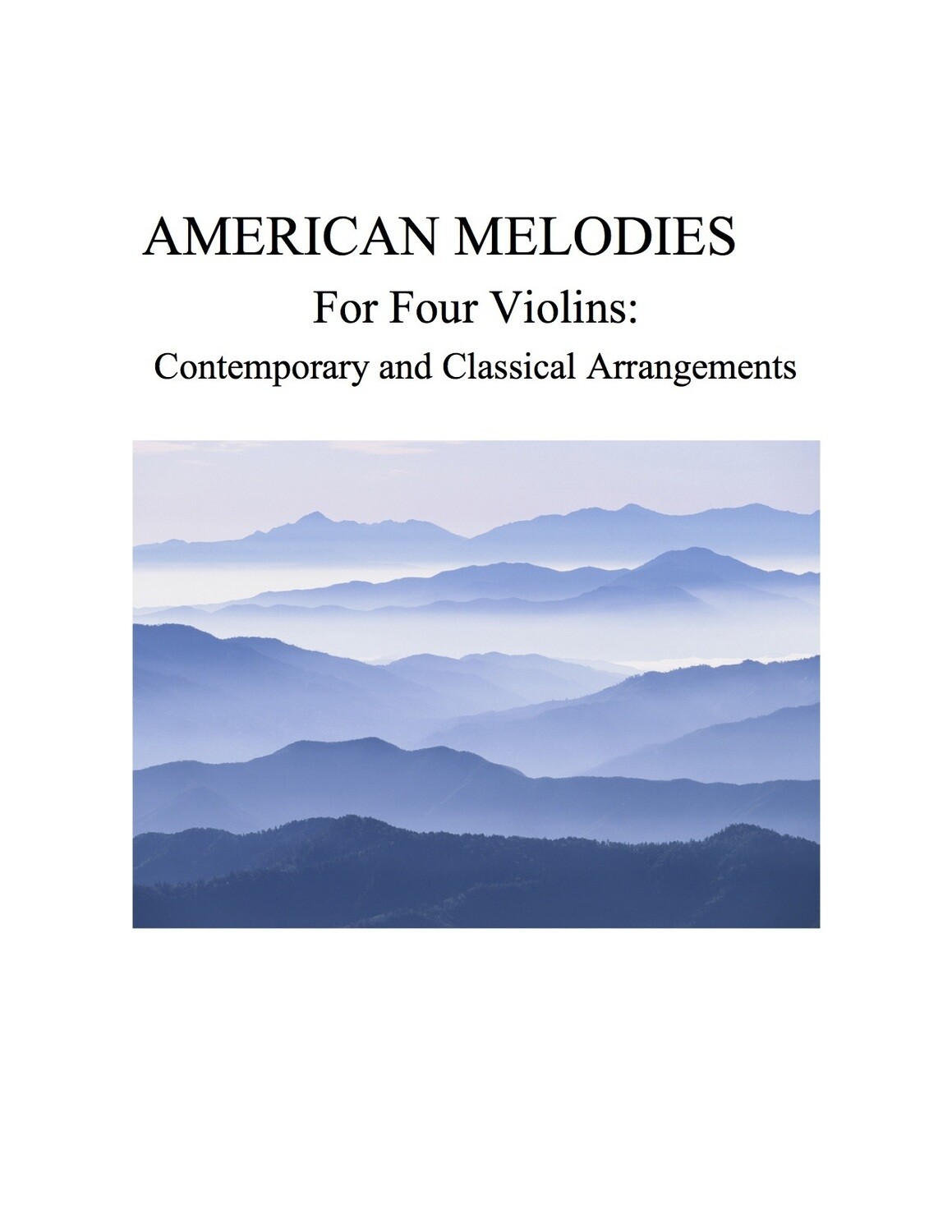 Enjoy rich, classical style and form brought into the modern day with Martha's American Melodies for Four Violins! You will also get Cell Phone Symphony (also for Four Violins) as an added bonus!

American Melodies for Four Violins is a charming medley arrangement that contains three well-known American tunes — O, Susannah, She’ll Be Comin’ ‘Round the Mountain and Old MacDonald. The length of this arrangement is approximately four minutes in its entirety.

Cell Phone Symphony is Martha’s first original piece of music, and has three movements, lasting approximately five minutes in its entirety. The names of the movements are: #1 – Wonderful, Wireless Waves #2 – Electronic Friends ‘Til the End #3 – “Texting, Anyone?” Lyrics to all three movements are available upon request.

In both, melodies are upbeat and contemporary-sounding (added 6th’s, tone clusters), with styles ranging from lyrical to brilliantly virtuosic. Players must be technically secure as positions are quite high at times, with frequent style and tempo changes abounding. The level of difficulty is for students playing perhaps Suzuki Book 7 or the Bach A Minor Concerto, studying etudes and scales. Great recital showstoppers for advanced students or professionals!

Save this product for later