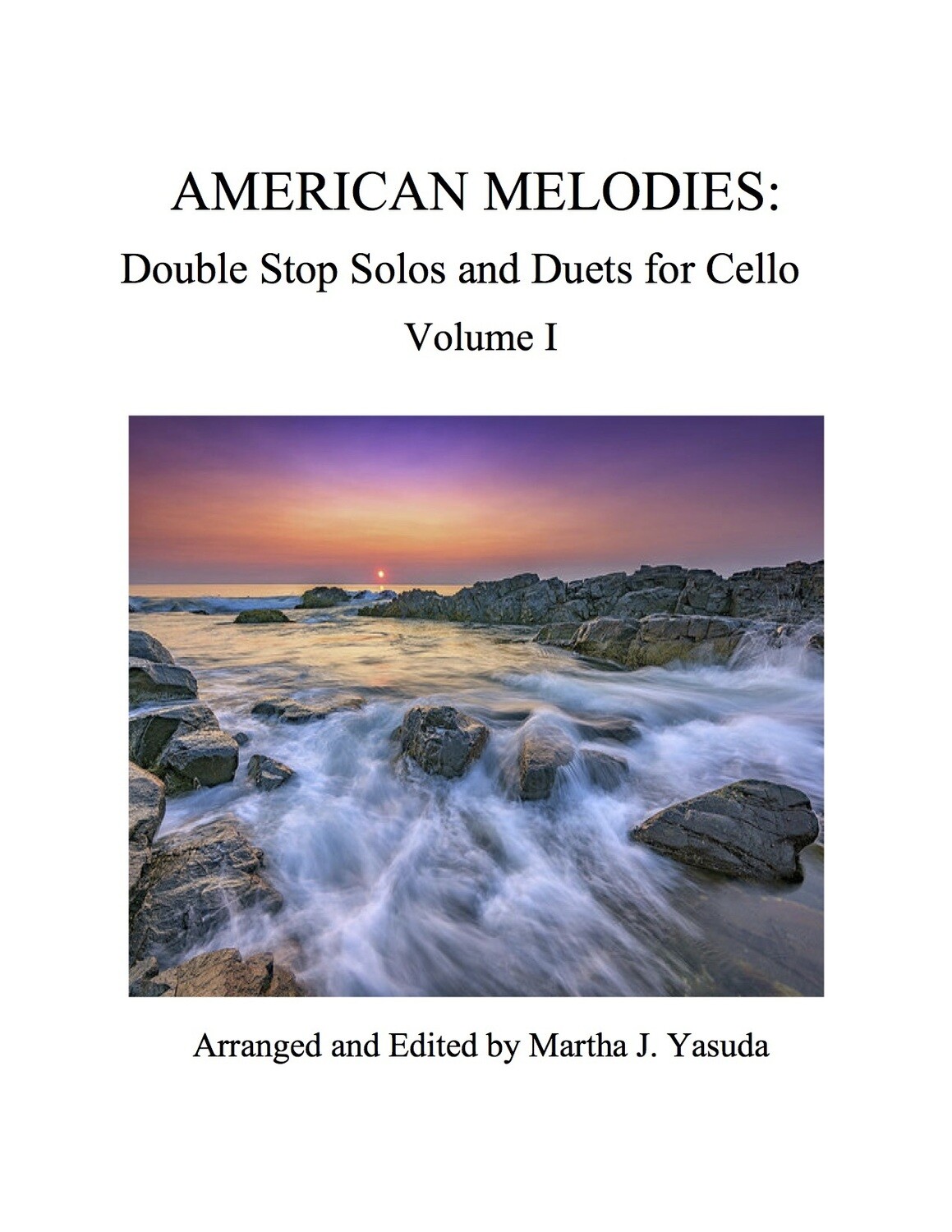 Martha performs the Double Stop Solos from Old MacDonald, combining both Volume I and
II arrangements from the Violin version back-to-back. The Cello version is quite similar and is a loose transcription.

American Melodies: Double Stop Solos and Duets is now transcribed for the cello! It is a two-volume musical celebration of our American heritage. Each volume contains both duet and double stop solo arrangements of five patriotic songs and five folk songs.

Volume I is for students that have never played double stops before (late Suzuki book 3) and has very little shifting. You will find lots of 3rds, 6ths and octaves matching open strings.

This novel approach to learning double stops is endorsed by Suzuki pioneer, William Starr, in his glowing Foreword.

You might also enjoy playing Christmas Melodies: Double Stop Solos and Duets, Volumes I and II.

Save this product for later